Plus Une Main A Mordre 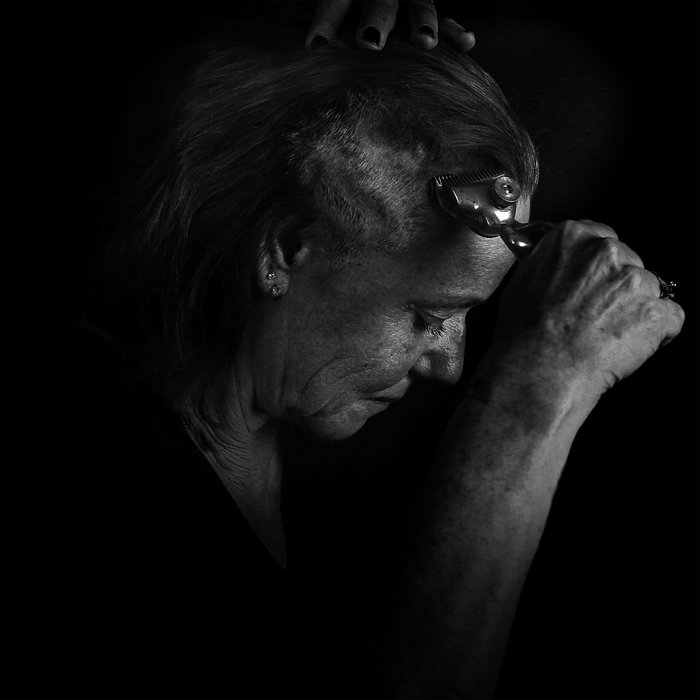 Alice M. I tend to pick random stuff whenever I see French titles (especially when they grammatically make sense and have an unusual touch). Was delighted to find out this is a solo project of a guy that made artworks for Blut aus Nord. You can definitely sense why these guys get along so well, but Throane still has his own musical identity. Emotionally intense. Perfect to write stories.

Matthew Toye Throane's second outing doesn't contain one style in particular. Dehn remains wholly unique in amalgamating a lot of different elements together. Another grim trip, yet there's a soul in the machine. Favorite track: Plus Une Main À Mordre.

BlackenedSky The atmosphere is bleak and violent, a harsh and uncompromising environment. Check out their live performance in St Petersburg, powerful. Favorite track: Plus Une Main À Mordre.

Stephen M Bennett like the first album,one man responsible for the sounds apart from the drums which are real on this album,as with the first album,it's heavy,quite slow,very cold,sounds like nothing I've heard before,very original,black metal is at it's core but it's got so much more going on,sometimes it's hard to think one person can do all this,just stand back in awe.

One of the most stunning trips of the year, Plus une Main à Mordre (“No Hand Left to Bite”) seeks balance between the struggle and the letting go, passing from chaos to quiet in revelatory circular motions.

Like Sora’s visual art, his music possesses a hypnotic, almost hyperreal singularity: ultra-modern meditations crisply rendering the esoteric as familiar and the everyday as phantasmagoria. This is a record of cities as tombs, of failing industry, corroding capitalism, fractured lives, divided peoples, isolationism and lack.

The album is marked by greater confidence in its ferocity and frightening clarity of purpose in its harrowed ambience; finding kinship with greats such as SWANS, BLUT AUS NORD, BREACH and GODFLESH in hues of grey Doom, Post-Black Metal, Post-Hardcore and darkest Industrial.

The concluding title track opens up to feature guest vocals from Sora’s close friend Colin Van Eeckhout (AMENRA), Sylvain (INCIVIL TRAGEDIA) and fellow graphic designer Valnoir who join in unison as if a sect, hidden in graffiti tunnels communing misremembered echoes of love, looking beyond the human for commonality as towers erupt in conflagrations of psychic disillusion.

Mixed and mastered by Samuel Vaney at Lead&Sulfur Studio, Switzerland.

Bandcamp Daily  your guide to the world of Bandcamp

Featuring Oakland sounds from the Smart Bomb collective and Samplelov.